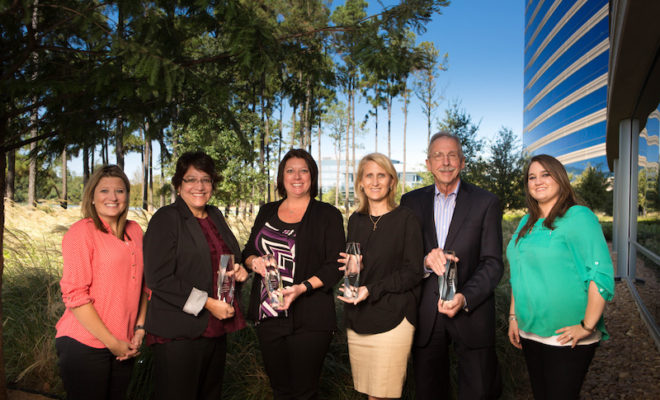 The PRISM awards are just the latest in a series of wins for the two master planned communities this year. In August, The Woodlands and Bridgeland had a combined seven wins at the 2017 Texas Association of Builders (TAB) Star Awards in Dallas. Also in August, The Texas Nursery Landscape Association (TNLA) presented Bridgeland with the Gold Award for its innovative Treehouse Park amenity during the 2017 TNLA Awards in Dallas.  This spring, The Howard Hughes Corporation received an Innovation Award for One Lakes Edge, a luxury multifamily development in Hughes Landing® in The Woodlands, from the University of Houston, C.T. Bauer College of Business.

The 28,000-acre, forested community of The Woodlands has been honored with numerous accolades for its excellence in design, vision and humanitarian efforts. The master planned community is all-encompassing – a community where people live, work, play and learn. It includes nine residential villages; commercial centers with over 2,100 employers; a resort and conference center, a luxury hotel and convention center and additional upscale hotels; a regional medical hub for hospitals and health care facilities; exceptional shopping, dining and entertainment; and recreational amenities. A variety of new single-family homes, patio homes and townhomes are priced from the $240s to more than two million.

The awards also come as Bridgeland, which has won TAB’s Grand Award for “Developer of the Year” three times (2010, 2011 and 2016), introduces the next chapter of living in the award-winning community with Parkland Village, which will carry forward Bridgeland’s focus on community and neighborhood connections, maintaining the overall theme of locating a park no more than a quarter-mile from every home in the community.

The Howard Hughes Corporation recently announced Houston’s newest master planned community, The Woodlands Hills, a new 2,000-acre development located in Conroe and Willis, 13 miles north of The Woodlands.  Plans call for more than 4,500 residences with the first single-family homes expected to open in the first quarter of 2018. Learn more at www.thewoodlandshills.com or on Facebook, Twitter and Instagram.

PHOTO CAPTION: The Woodlands® and Bridgeland®, two master planned communities developed by The Howard Hughes Corporation®, garnered five awards at the 2017 Houston’s Best PRISM Awards. Pictured from left to right are Martha Gros, Lorrie Parise, Lona Shipp, Kim Phillips and Kristina Dorchak, all with the marketing departments at The Woodlands and Bridgeland, and Tim Welbes (second from right), Co-President, The Woodlands Development Company.