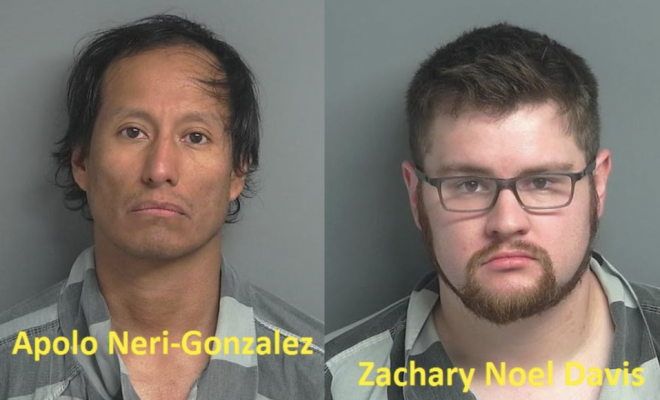 During the investigation, Apolo Neri-Gonzalez and Zachary Noel Davis each solicited a child younger than 14 years of age for sexual conduct in The Woodlands. Montgomery County Constable, Precinct Three detectives, and patrol personnel were able to locate the suspects attempting to meet the child for sex, and both were taken into custody. Apolo Neri-Gonzalez and Zachary Noel Davis have been charged with Online Solicitation of a Minor and booked into the Montgomery County Jail. The Montgomery County Pct. 3 Constable’s Office is a proud affiliate of the Houston-Metro Internet Crimes Against Children Task Force.

Constable Ryan Gable has kept protecting the children of Montgomery County, a top priority for his office. Constable Gable stated, “When I took office, I helped form the ICAC division in Montgomery County, and it has been very successful taking child predators off the street. We work closely with surrounding law enforcement agencies with a common goal of protecting our children. I am proud of the work our deputies do to keep our children safe.”