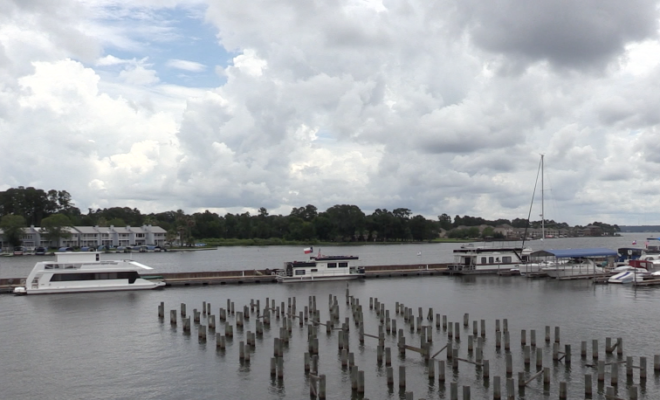 CONROE, TX – San Jacinto River Authority (SJRA) Board of Directors approved a recommendation to the City of Houston (COH) to continue a temporary flood mitigation program at Lake Conroe. The board’s vote proposed extending the initiative through December 2022 and serves as a recommendation to COH who owns the majority of the water rights in Lake Conroe.

At the special board meeting, over 100 constituents voiced their opinions on the initiative to reduce water level in Lake Conroe on a seasonal basis to create extra capacity to catch rainfall and storm water runoff. During the meeting, SJRA Director of Water Resources and Flood Management Chuck Gilman gave a presentation to the board that included 20 years of rainfall and lake level data for consideration.

After approximately five hours of presentation, public comment, and board discussion, the SJRA Board of Directors approved the following recommendation to the COH regarding the operation of Lake Conroe:

The strategy of temporarily creating capacity in Lake Conroe on a seasonal basis began in 2018 to provide flood mitigation benefits for regional downstream constituents in both Montgomery County and Harris County by catching rainfall and runoff in Lake Conroe.

The COH supports the strategy. Mayor Sylvester Turner notified SJRA the day before the special board meeting that the city wished to extend the initiative until the completion of additional dredging and construction of flood gates on the Lake Houston Spillway.

Lake Conroe was built in the 1970s as a partnership between COH, SJRA, and the Texas Water Development Board as a water supply reservoir for the region. COH owns 2/3 of the water rights in Lake Conroe; SJRA owns 1/3. The City of Houston may call for the release of water from Lake Conroe for the city’s use at any time. Upon release, the city’s water flows down the west fork of the San Jacinto River eventually ending up in Lake Houston for use by Houston.

One of the major river authorities in Texas, SJRA’s mission is to develop, conserve, and protect the water resources of the San Jacinto River basin. Covering all or part of seven counties, the organization’s jurisdiction includes the entire San Jacinto River watershed, excluding Harris County. For additional information on SJRA, visit www.sjra.net.