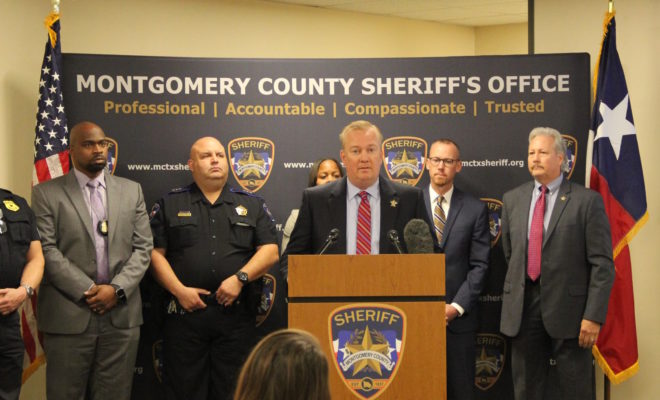 75 arrests made in Human Trafficking Sting

The Montgomery County Sheriff’s Office, in conjunction with the Human Trafficking Rescue Alliance (HTRA) and law enforcement partners from across our region, conducted a Human Trafficking/prostitution and “John” sting from October 15th to October 30th, 2018. Detectives and agents from multiple agencies along with Non- Government Organizations (NGOs) worked in an undercover capacity posing as “Johns” and “Prostitutes.” The NGOs were also instrumental in reaching out to those persons who may have been “trafficked” and provided them with support services during their rescue.

During this two week long operation, dubbed “Operation Cross County,” law enforcement officers worked tirelessly to apprehend those persons who were either providing illicit services or seeking the same. The primary goal was to proactively address prostitution and human trafficking activity in this community and surrounding areas. Montgomery County Sheriff’s Office also sought out those victims who may have been forced into providing illegal services through force, fraud or coercion. Montgomery County Sheriff’s Office was able to identify at least five victims who requested support services and one 16 year old juvenile was recovered as a runaway.

“We will continue to send a message, through enforcement actions, that we are not going to tolerate this activity in our community in the hopes that we will deter demand, control supply, rescue those who have been forced into trafficking and prosecute those who continue to thwart our legal system.”

“Johns” Arrested: 32 (All males charged with M-B Prostitution) – 2 additional charges of Possession of Controlled Substance were filed and 2 charges of aggravated promotion of Prostitutions)

Prostitutes arrested: 28 (all female M-B – one armed with a 22 pistol) 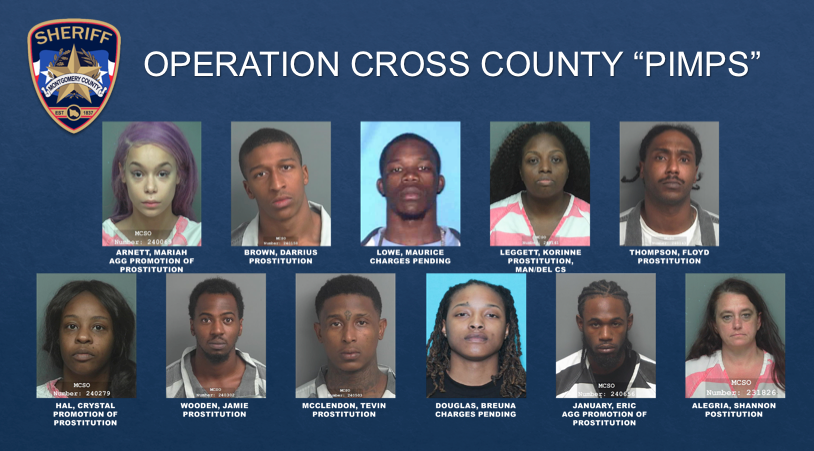 Law enforcement and non-profit organizations that worked together in the operation: