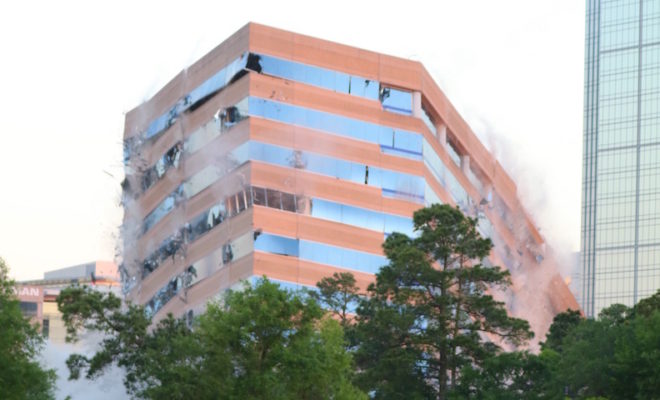 LIVE Video and Photos: Timberlock Building Implosion in The Woodlands

As confirmed by the Montgomery County Fire Marshal, the implosion of the Timberloch building was scheduled for first light on the morning of Sunday, April 9, 2017.

Starting in the pre-dawn hours Sunday morning, barricades were placed and a security perimeter was established around the site with a designated safety zone approximately 650 ft in all directions.The implosion did not impact Woodlands Parkway or IH 45; however, portions of Timberloch and Woodloch Forest were closed to traffic and pedestrians throughout the event, as well as the pathways and waterway within the safety perimeter.

View LIVE broadcast and coverage of the implosion by Hello Woodlands (Implosion at 7:07 a.m. CST or 21:38 mark on video):

The implosion itself started approximately at 7:07 a.m. CST and lasted only a few seconds. Precautions were put in place to limit dust and debris. It is expected that the safety perimeter will be cleared within 2 hours and all roads will be reopened as soon as possible.

Visit the Hello Woodlands Facebook page for more photos and footage from the implosion. 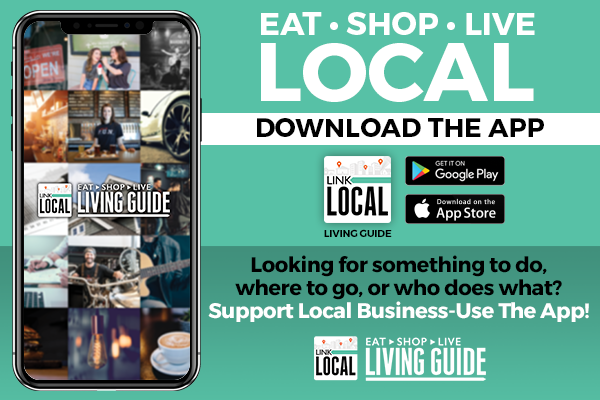