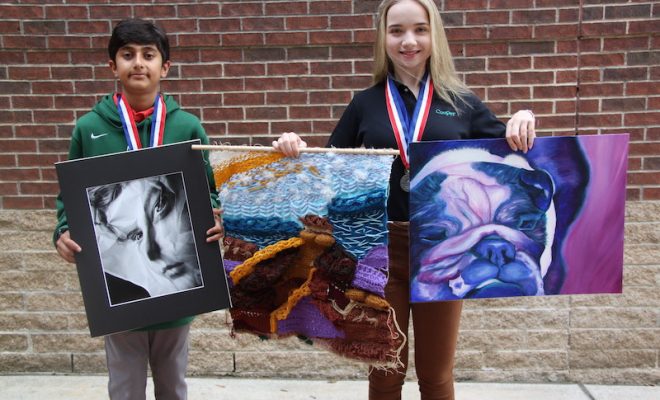 THE WOODLANDS – Each of the 11 Middle School student artists from The John Cooper School who entered their work in the Jr. Visual Arts Scholastic Event (VASE), a statewide art competition held at Bryan High School on May 18, received at least one “Superior” rating, the highest awarded. In total, Cooper students came home with 18 Superior ratings from among 160 students who participated.

Two Cooper students were also acknowledged as among 10 overall who were awarded The Platinum Medal of Distinction. Seventh grader Saami Baig received this top honor for “Crumpled Up,” and eighth grader Reva Guinn was awarded with two Platinums, for “New Mexico Road Trip” and “Louie.”

Established in 1988, The John Cooper School is a Pre-k through Grade 12 independent, college preparatory school located in The Woodlands.