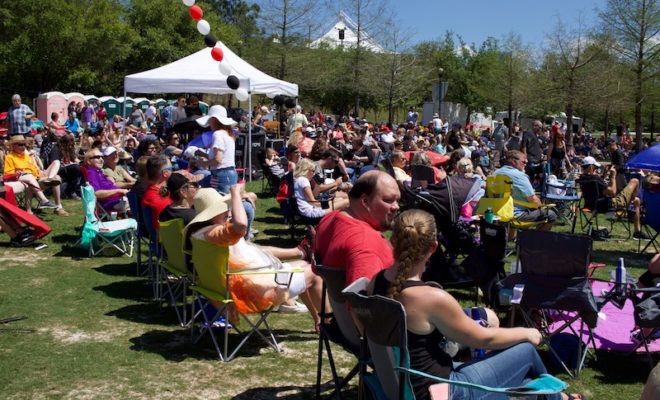 A Tribute Music Festival to Remember

The inaugural Tribute to Woodlands Music Festival was “an experience to remember” as thousands experienced live music and fun in Town Green Park on Saturday, March 31, 2018 from 12 p.m. to 11 p.m.

Memorial Hermann TIRR was the nonprofit organization of the festival, was be present at the event, and made a special speech on stage at 8:45 p.m. TIRR Memorial Hermann specializes in physical therapy, occupational therapy and speech therapy for inpatients and outpatients affected by spinal cord injury, traumatic brain injury, stroke, amputation, multiple trauma and neuromuscular disorders.

Trey Diller of Inspire Productions made a surprise appearance, shared his experience in a car accident last year, and the success of his recovery from with TIRR Memorial Hermann. During the speech, Trey thanked TIRR Memorial Hermann, his family, friends, supporters – and to much to the crowd’s delight – thanked and proposed to his girlfriend Kristin. …and she said yes!